A Sylius online shop for a large non-profit organisation

Kokopelli is a non-profit organisation whose mission is to distribute a large range of original, copyright free, and replicable heirloom seeds. Read on to discover this cool and original eCommerce project based on Sylius. 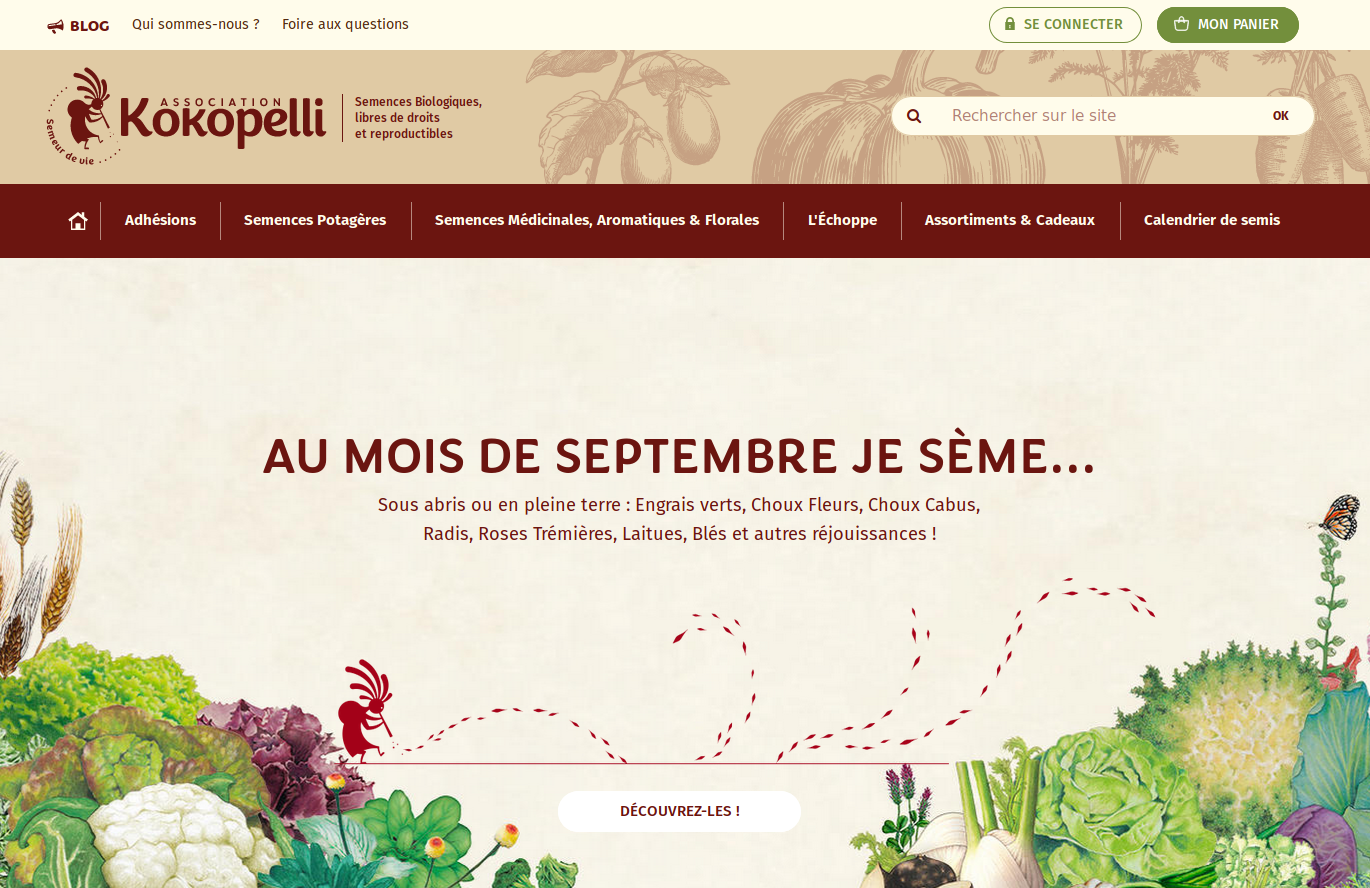 A different kind of eCommerce

Kokopelli is a non-profit organisation that distributes thousands of varieties of seeds, plants, flowers and vegetables for your garden via its eCommerce website.

Its ethical and responsible position, its tens of thousands of members and its daily fight to let others know about their copyright free, original heirloom varieties motivated the Kokopelli team to build a custom eCommerce website showing the difference between Kokopelli and other organisations in the same sector. 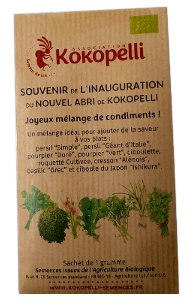 When we met with Ananda and Etienne of Kokopelli, our initial discussions led us to discover their information system and the way in which the non-profit had organised itself in order to distribute the thousands of seeds that are sold each month.

For example, Kokopelli has a centralized product catalog that is enriched with information and advice that is produced in-house. They automated the accountancy from sales in their shop in Mas d'Azil in Ariège, France as well as their online sales. Kokopelli had also automated transport logisics and digital seed packet printing for stocks being bagged among other innovative practices.

The most impressive part of Kokopelli's in-house organisation is, without a doubt, the clever way packet collection has been optimized in their shop which allows the team to be efficient while preparing orders.

Of course, this type of efficient organisation comes from years of experience by asking themselves questions as well as the desire to continually improve. For these reasons, EMAGMA proposed implementing the eCommerce framework Sylius. Because Sylius is solid as well as flexible, we were able to integrate what makes Kokopelli's organisation charming and agile.

Integration into the information system

A major point of this project was the context of its integration - a website that already had a lot of traffic and a precise but not always cooperative information system !

In terms of traffic, it is necessary to understand that Kokopelli is a major actor in the online sale of seeds meaning that there are many hundreds of sales per day and peaks of frequentation according to season.

For client comfort, we migrated the database from the old website to Sylius. This step clearly showed the comfort of the Symfony ecosystem and allowed us to automate the process of migration. We were then able to transfer all user accounts, orders and the catalog into the new website which was a transparent operation for regular users 👍.

Order processing was not interrupted.

The icing on the cake was that orders made by cheque on the old website were validated on the new website and shipped without additional processing 😜.

A major project is first of all human

Of course, redesigning Kokopelli's website represented a major challenge for Emagma's team; and Sylius revealed itself to be perfectly adapted to this original eCommerce project.

But what stays with us from the project is the quality of exchage we had with Kokopelli's team. They are clearly ahead of their time for the autonomy and importance given to their collaborators.

Without their trust, involvement and humanity, the result would certainly not be the same.

For this, we want to send out a big thank you to Ananda, Anita, Etienne and to all of the Kokopelli team 👏.

Technical feedback from this experience

Kokopelli is a project based Sylius, an open-source eCommerce framework. Sylius proved itself to be very flexible to adhere to the personnalized needs of different parts of the project.

For example, we were able to easily integrate a shopping cart that is 100% reactive thanks to VueJS. All user actions can affect the amount of the shopping cart, especially when a user selects the product “member” which then gives a discount in real time on the user's purchases.

We have also put in place Server Side Rendering for reactive elements that are filtered and the same shopping cart.

This efficient principle allowed us to greatly reduce template maintenance previously assigned to Twig, which is poorly suited to dynamic interfaces. From the point of view of general infrastructure, many exchanges occur either by API or by import/export of flat files. Here again, there was no difficulty to adapt Sylius and its model to the reality of the existing infrastructure.

Faceted search is based on the Elastic Search engine for fine indexing of the thousands of attributes and varieties offered to users (color, season, yield, germination, etc.).